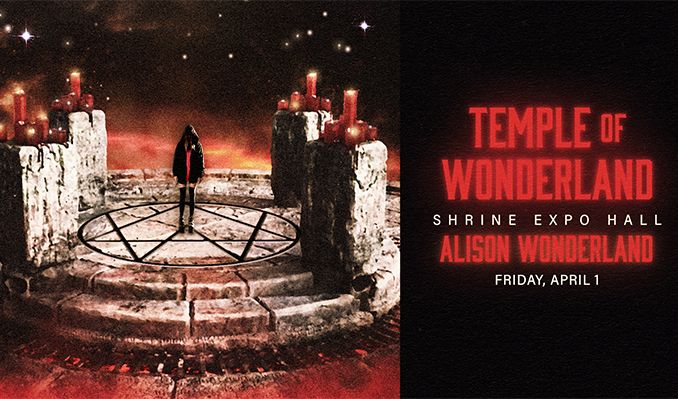 Rise and shine, Alison Wonderland is back with her brand new album, Awake. A mix of digital-pop and incendiary beats, her second album sees the Sydney-born, L.A.-based singer, producer and DJ blaze new territory -sonically, vocally, emotionally. Honed by years of playing headline shows and festival slots (Coachella, EDC, Lollapalooza), it comes as both a natural evolution from her 2015 debut Run and an exhilarating step forward.

As a classically trained cellist in the Sydney Youth Orchestra, Alison made her transition into the dance world in 2009. Learning to DJ and produce, she gained popularity for her night club sets and remixes in the Australian dance scene. In 2015, Alison Wonderland released her debut album, Run, which went gold in Australia and launched her international career along with her U.S. live debut at Coachella. 2017 saw Alison crowned ‘Best New Artist’ at the inaugural Electronic Music Awards and her remix of Dua Lipa’s “New Rules” went #1 on the Billboard Dance charts. 2018 aims to be her biggest yet, as she returns to Coachella the highest billed female DJ in the history of the festival and releases her anticipated sophomore album, Awake.

This show requires proof of full vaccination for all attendees.