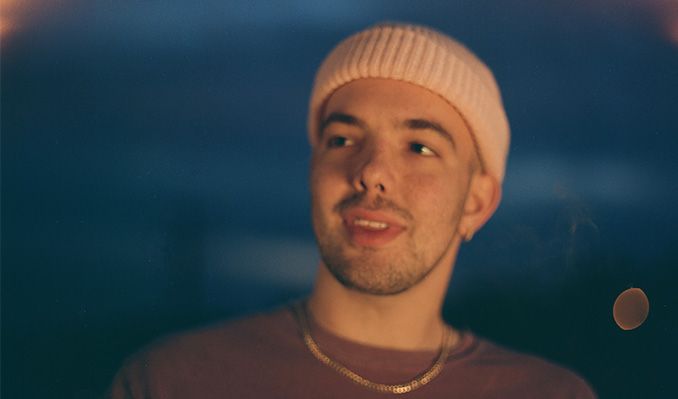 Mac Ayres is a self-taught producer, singer, and multi-instrumentalist from Long Island, NY. Drawing inspiration from the likes of D'Angelo, J.Dilla, and Stevie Wonder-- Mac has created a sound that pays homage to the greats while also remaining distinctly his own.  In the summer of 2017, Mac released his debut EP "Drive Slow" (debuted on his label ARIMÉ). The release was met with critical acclaim and landed him on platforms such as Billboard, Complex, Pigeons and Planes, BBC, and Tidal Rising. Now, after a year of touring and writing, the 21-year-old artist has set his eyes on the release of his debut studio album "Something to Feel".

Mac Ayres is a self-taught singer-songwriter, producer and multi-instrumentalist from Long Island, NY. He takes inspiration from the great singer-songwriters of our time, such as Stevie Wonder, Marvin Gaye & Amy Winehouse. His previous albums have received attention from Vogue, Billboard, Complex, Highsnobiety, the BBC and more. His debut track, "Easy," has amassed over 150 million plays on Spotify. Mac is an independent artist and will release his next album, Comfortable Enough, in early 2023.MacAyresisaself-taughtsinger-songwriter,producerandmulti-instrumentalistfromLongIsland,NY.Hetakesinspirationfromthegreatsinger-songwritersofourtime,suchasStevieWonder,MarvinGaye&AmyWinehouse.HispreviousalbumshavereceivedattentionfromVogue,Billboard,Complex,Highsnobiety,theBBCandmore.Hisdebuttrack,"Easy,"hasamassedover150millionplaysonSpotify.Macisanindependentartistandwillreleasehisnextalbum,ComfortableEnough,inearly2023