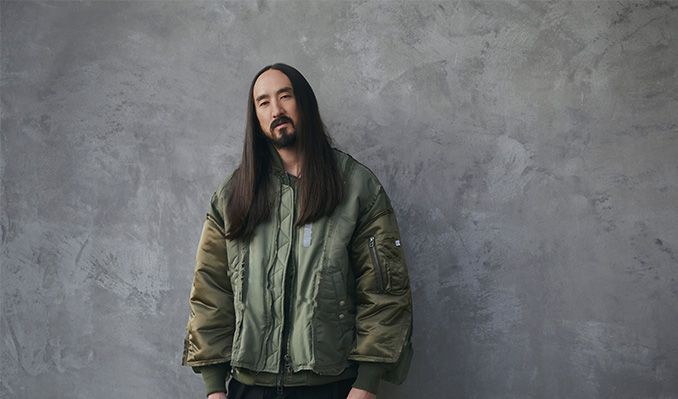 Counting nearly 3 billion music streams to his name, Steve Aoki is a true visionary. Billboard described the 2x-GRAMMY-nominated music producer, artist, fashion designer, entrepreneur, NFT futurist and Dim Mak Records founder as “one of the most in-demand entertainers in the world.” A Guinness World Record holder for the “Most Traveled Musician in a Single Calendar Year,” Aoki has performed at nearly every top festival around the world, including Coachella, Ultra Music Festival, Lollapalooza, Fuji Rock Festival, Tomorrowland and Electric Daisy Carnival.

Aoki approaches each new endeavor with the same sense of dedication he’s put into his past achievements, including the Grammy-nominated Netflix documentary I’ll Sleep When I’m Dead (2016) and his memoir BLUE: The Color of Noise(2019). In 2012, he also founded THE AOKI FOUNDATION to support organizations in brain science and its research. His influential record label Dim Mak, which celebrated its 25th anniversary in 2021, is known for being a launching pad for the careers of prominent acts like Bloc Party, The Chainsmokers, Bloody Beetroots, The Kills, Zedd and Diplo. Most recently, Aoki created the A0K1VERSE, an NFT membership community, powered by the Passport, that welcomes his fans to both virtual and real-world experiences. Aoki is also executive producer for “American Hiro,” a series in development with FX Networks directed by Jon M. Chu, chronicling the life of his father, Hiroaki “Rocky” Aoki, the legendary entrepreneur and daredevil businessman who created the Benihana empire. In whatever space Steve Aoki enters, the multi-hyphenate innovator continues to set trends and inspire creativity on a global level.

$1 per ticket goes towards The Aoki Foundation, which raises awareness and support for scientific and cutting edge discoveries that are focused on quality of living and life extension...ensuring our minds become first of thought in the quest to live healthier, more enriched futures. Extending life means more years; but more importantly, it envelops preserving quality of life; memory, health and vitality!